Washington antacid cancer lawyers allege the manufacturers of Zantac, Prilosec and Prevacid failed to protect Washington residents from the risk of cancer or kidney failure.

If you or a loved one took heartburn medication and were diagnosed with cancer, kidney damage or broken bones, you may be entitled to a financial award.

Our team of Washington Zantac lawsuit attorneys have represented thousands of victims of dangerous pharmaceutical drugs.  In addition, we have recovered millions of dollars in financial payments for clients.  Click here for additional information on our bodily injury law firm.

No Legal Fee Unless You Obtain a Settlement

Further, our Washington cancer lawyers never charge a legal fee unless a financial recovery is made for our client.  We offer a free case evaluation to confirm usage of qualifying heartburn medication and diagnosis of a related medical condition.

Contact our Washington Zantac lawyers for a free claim review.

Ranitidine is scientifically classified as a histamine H2-receptor antagonist, more commonly known as an H2 blocker.  The drug works by decreasing acid production in the stomach.

Zantac (ranitidine) was first sold in the United States in 1983. Since its introduction to the marketplace, Zantac has been used by millions of Americans.

Distribution and use of Zantac have been regulated by the U.S. Food and Drug Administration.  As such, it has been widely regarded as safe.  In fact, it has been approved for Over the Counter (OTC) sale in pharmacies and drug stores throughout Washington and across the United States.

Moreover, WA Zantac lawyers are investigating whether the manufacturers of a variety of heartburn drugs concealed the health risks from the public.

The U.S. Food and Drug Administration has issued a recall of certain ranitidine tablets containing or causing high levels of N-nitrosodimethylamine (NDMA).  Click here to view the FDA warning. 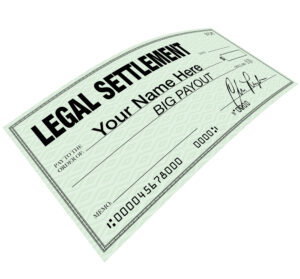 Washington ranitidine cancer lawyers on our team are filing compensation claims on behalf of victims of their heartburn medication.  These class action style claims are generally filed with the court’s Multi-District Litigation (MDL).  The cases are brought with the intention of making settlement demands of the pharmaceutical companies Sanofi, Takeda Pharmaceuticals and/or AstraZeneca, among other legal entities.

Tens of thousands of American cancer patients are potential claimants.  If you or a loved one used heartburn drugs and were later diagnosed with digestive organ cancer, you may be eligible for a cash award.  However, a claim for compensation must be filed within the Statute of Limitations time period.

What type of cancer does Zantac cause?

The above list is an estimate by Washington Zantac lawyers.  However, the heartburn medication is also believed to cause lymphoma and leukemia as well.

Washington Zantac lawsuits have been filed pertaining to the active ingredient ranitidine.  It is alleged this medication delivered high levels of the NDMA carcinogen into the human body.  WA Ranitidine attorneys have attributed this to instability of the drug molecules.

The pharmaceutical company Sanofi-Aventis U.S. LLC has been named as a defendant in this litigation.  The limited liability company is an American subsidiary of the French parent company Sanofi.  Together with other Sanofi affiliates, they controlled production and distribution of Zantac in the United States. 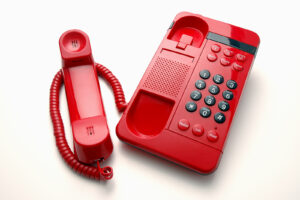 Washington Zantac cancer lawsuits allege the manufacturer knew or should have known about the dangers of its product.

In addition, Washington Zantac lawyers accused the antacids manufacturer of negligently allowing generic versions of the medication to be used in the FDA marketplace.  Specifically, Sanofi-Aventis U.S. LLC was aware that other companies were manufacturing heart burn medications containing the generic drug Ranitidine.  Therefore, these companies were relying on the efficacy and safety testing of Ranitidine as detailed by Sanofi in its FDA filings.

As a result, Ranitidine users developing bladder, stomach or other cancers may be entitled to compensation from the Sanofi companies.

We file Zantac cancer lawsuits throughout the State of Washington and across the United States.